Ethereum miners’ profit in November rose from the previous month and reached $ 262 million, but this is still lower than in August and September. 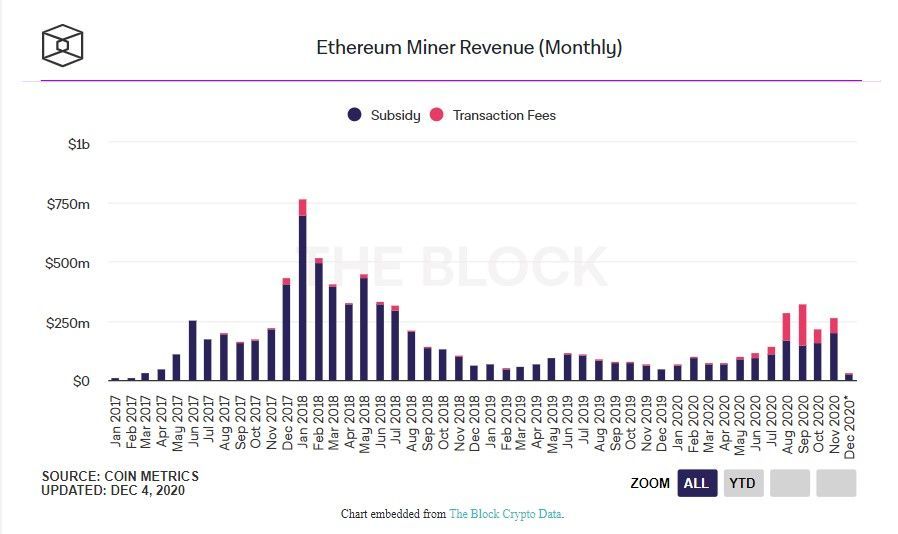 Although November was the third month in 2020 in terms of revenue generated from transaction fees, it is far from September’s results. In September, Ethereum miners made $ 321 million in profit, with half of that amount derived from transaction fees. For bitcoin miners, November turned out to be more successful – they received $ 500 million in profit, and the figure increased by 47.9% compared to October.

As a reminder, on December 1, the first phase of Ethereum 2.0 called Beacon Chain was successfully launched on the Ethereum network . In this regard, Bits.Media published a large-scale article on how to become an Ethereum 2.0 validator and make a profit for staking coins.