KISSPatent: “Alibaba Will Become the Leader in Blockchain-Related Patents Soon”

Alibaba has nearly surpassed US computer giant IBM and will become the largest holder of blockchain-related patents by the end of this year, according to new research by KISSPatent.

In the report, the consulting company said that Chinese technology conglomerate Alibaba «definitely gaining leadership” and has already filed ten times more applications for patents related to blokcheynom than IBM. If Alibaba continues at its current pace, then by the end of 2020 the company will become the largest holder of blockchain patents. 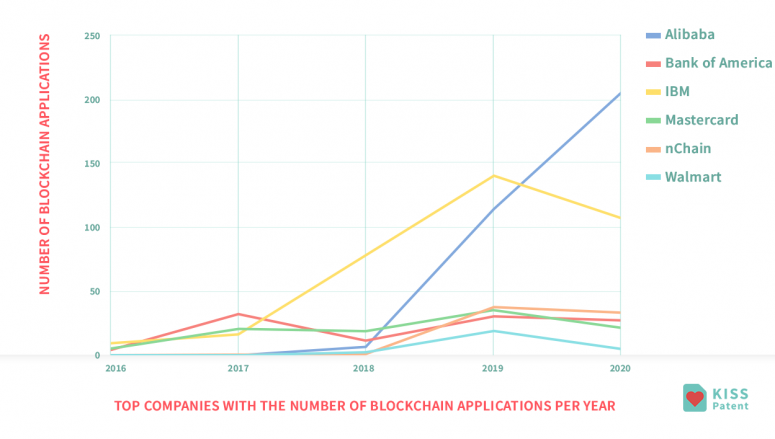 State Bank of India has tied up with JPMorgan to use the US bank’s blockchain technology to speed up overseas transactions.