According to The Block, September has become a rather successful month for cryptocurrency exchanges – the total volume of transactions on trading floors exceeded $ 169 billion.

September became the second most traded month in 2020 – in August, activity on cryptocurrency exchanges was even higher and reached $ 180 billion. 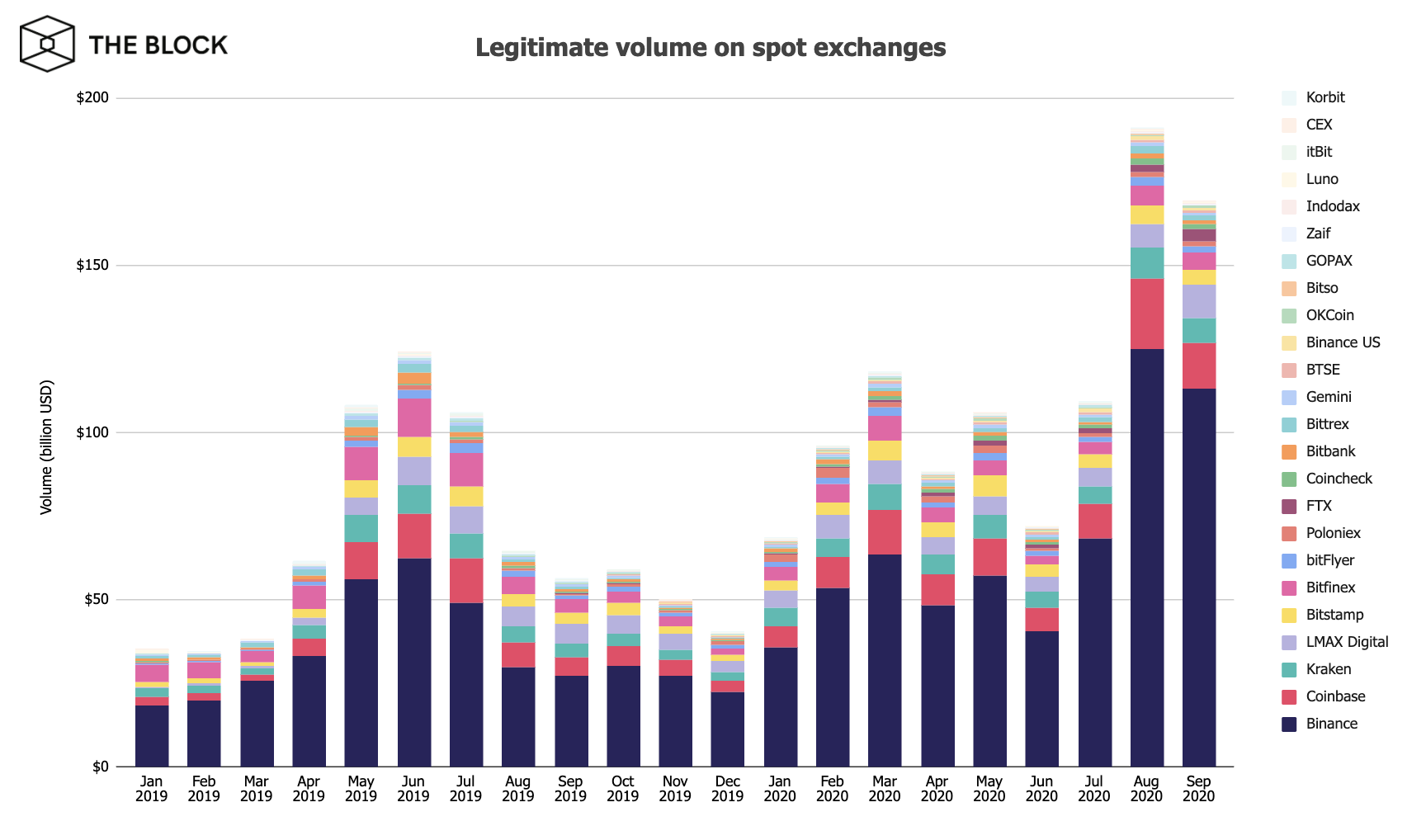 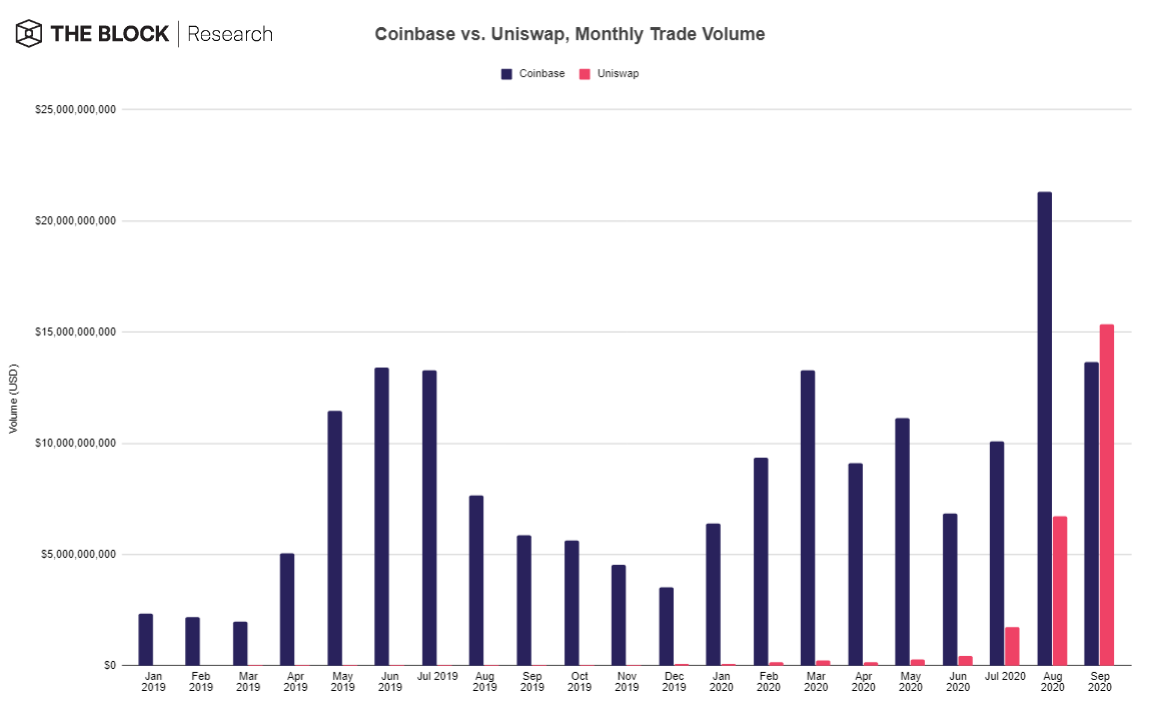 In total, $ 23.6 billion worth of deals were made on decentralized exchanges in September . Trading volume on DEX has doubled for the third month in a row. According to the results of the month, the share of DEX platforms is 13.9%, while in August this figure was only 6.06%.